Besides the ukulele and slack key guitar, one of the most distinctive sounds in Hawaiʻi is Hawaiʻian Pidgin English, or Pidgin for short. The colorful creole language — a mix of Hawaiʻian and English syntax and vocabulary, plus words from Japanese, Portuguese, Ilocano, Tagalog, and others — arose in the plantation era when speakers of all those languages needed an easy way to communicate with each other. Now it’s a source of pride for many that they speak Pidgin as well as standard English, (and increasingly Hawaiʻian, too.)

While it takes years for nonnative speakers to learn Pidgin’s intonations and grammar, it’s easy to learn a few key words before you visit — not to use in your own speech, but to recognize them in others.’ Be sure to also check out these 15 key Hawaiʻian words, many of which are used in Pidgin too, like lua (loo-uh), meaning toilet. 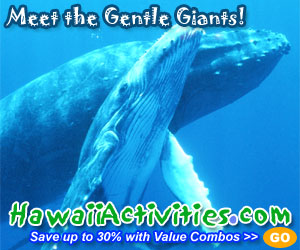 Where to Find the Best Oceanfront Hotels on Oahu