Where to Find Sea Turtles on Maui

Out of all the colorful marine life on Maui, the Hawaiʻian Green sea turtle has a special ability to make your heart skip a beat. Whether it’s quickly spotting their bald green head when they swim up and surface for air, or watching in wonder from a respectful distance while snorkeling or scuba diving offshore, there’s the sense that the turtle could be gone any minute — so you’d better enjoy the moment.

Listed as threatened under the Endangered Species Act, Hawaiʻian Green sea turtles are protected in Maui and it’s illegal to touch or approach them. You can, however, enjoy the turtles from a safe, comfortable distance.

One of the most popular places to spot sea turtles on Maui is just off the southern coastline. This includes beaches such as Keawakapu in Kihei, Ulua and Polo Beach in Wailea, as well as Maluaka Beach just south of Makena Landing. The reason that turtles are so prominent here is because of the way the shallow reefs are riddled with small little sea caves. This is where turtles like to hang out and rest between trips to the surface, and because the turtles can hold their breath for up to a couple of hours, it’s probably best to continue with your day if you sea one swim into a cave.

In West Maui, you can usually spot sea turtles in Kaanapali when snorkeling by Puu Kekaa, as well the point between Napili Bay and Honokeana Cove. During summer months when the surf is calm, Kapalua Bay and Honolua Bay are popular sea turtle hot spots, and if the winter surf is breaking up north, head to Lahaina and snorkel the reef off of Wahikuli Park.

Molokini Crater, on the other hand, despite being one of Hawaiʻi’s best dive sites, doesn’t have any sea turtles. The water here is simply too deep and it isn’t their regular habitat, which is why many Molokini snorkeling tours combine a visit to Molokini Crater with a stop on the South Maui shoreline.

If you don’t plan to get in the water on Maui, there are still a couple of places to find turtles and still keep two feet on the ground. One of those spots is the Maui Ocean Center, where you can view Hawaiʻian Green sea turtles in the “Turtle Lagoon” from above or below the water. Or, if you’d prefer to see turtles in the wild — but still stay firmly on land — head to Hookipa Beach Park in Paia where a cluster of turtles usually haul out on the sand just before sunset.

Remember because they’re protected, however, to watch and admire the graceful turtles from a distance. 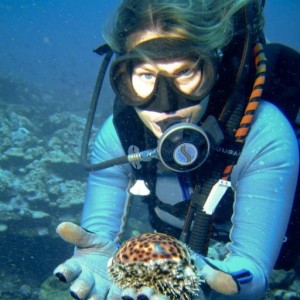